Flying into a Hybrid-Electric Future

An electric aircraft motor unveiled by Siemens in 2015 is a true powerhouse. Weighing only 50 kilograms, it generates 260 kilowatts of power, resulting in an unprecedented power-to-weight ratio. And that’s not the only reason it will make aviation history. Siemens experts installed the motor and its entire power train into a two-seater aircraft, the Extra 330LE to test and further develop the system. 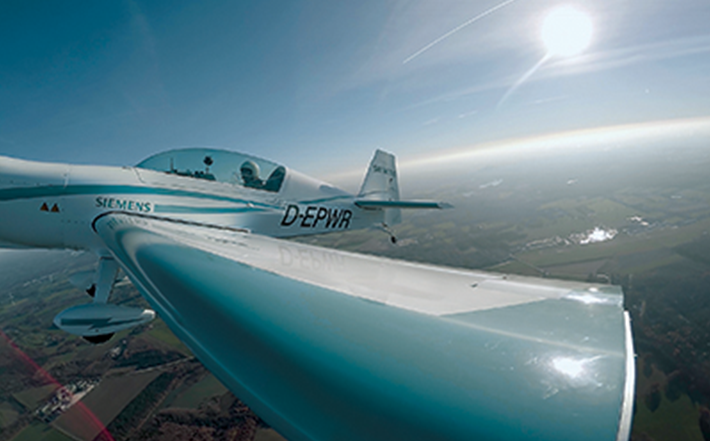 Siemens also brings the technology to its electric flight collaboration agreement with Airbus, which the two companies signed in April 2016. They want to prove the technical feasibility of hybrid electric drive systems for aircraft, ranging from urban air taxis to regional planes. The two partners expect to see the first planes with up to 100 passengers and a range of approximately 1,000 kilometers by 2030.