Nitrous oxide is approximately 300 times more harmful to the climate than CO2. The substance with the chemical molecular formula N2O occurs naturally in the earth’s atmosphere, but only in trace amounts. If it appears in higher concentrations, it absorbs the heat that would otherwise radiate into space and thus contributes to global warming. 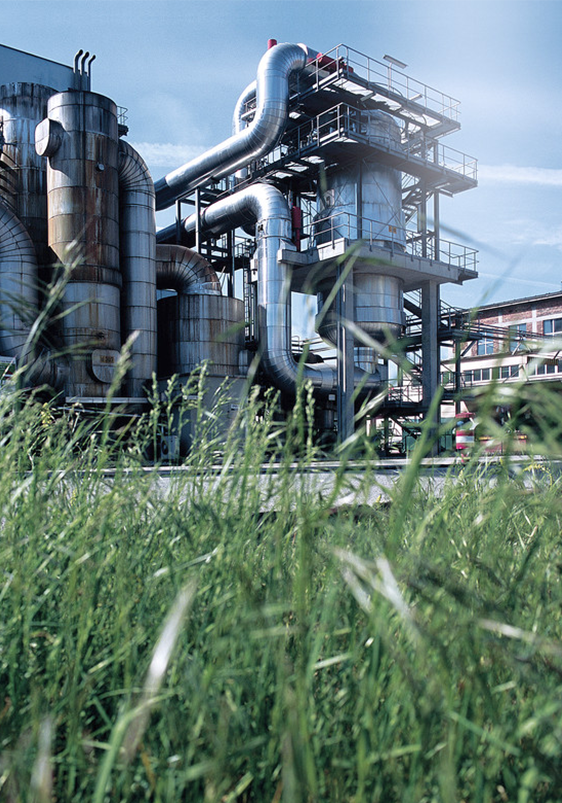 With our EnviNOx® process nitrous oxide can be almost completely removed from nitric acid production. Through a catalytic reaction the N2O in the exhaust gas can be converted into its non-toxic components: nitrogen and oxygen. If a reducing agent, such as ammonia, is added at the same time, the nitric oxides are converted into water and nitrogen.

Today, worldwide around 30 installed EnviNOx® systems achieve savings of approximately 20,000 tons of nitrogen oxide and approximately 56,000 tons of nitrous oxide. A further benefit: Anyone wishing to use EnviNOx® does not have to build a whole new plant. The exhaust gas purification can simply be integrated at the end of the nitric acid production process – a small step for the plant operator and a large step for climate protection. 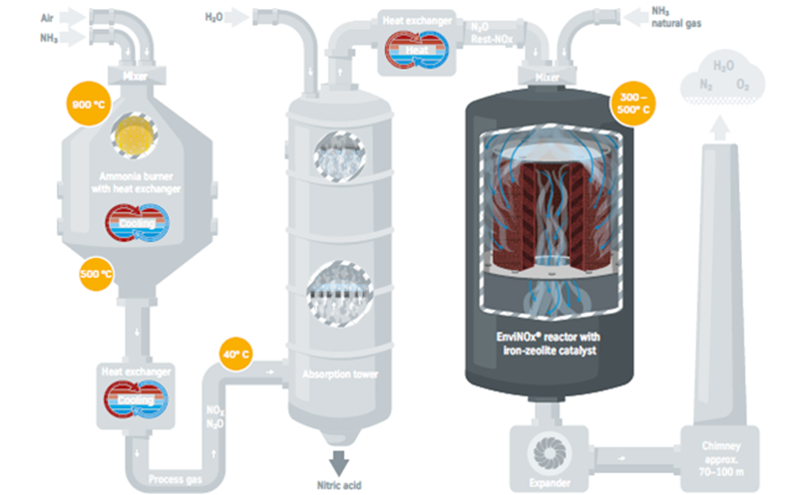 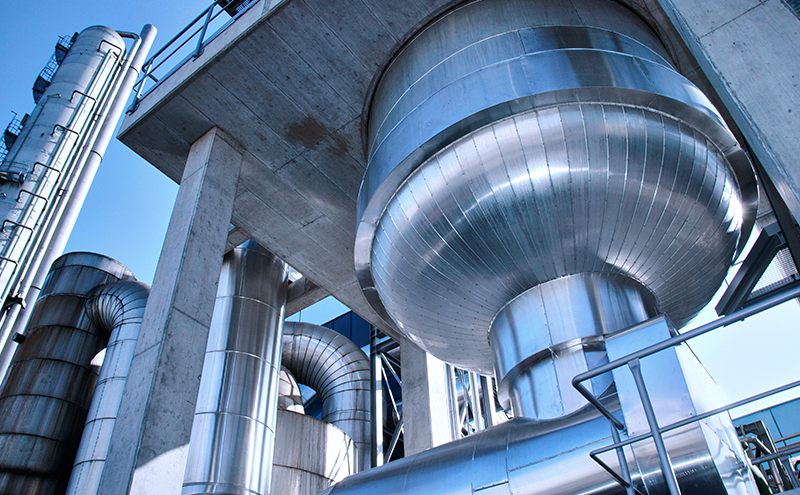