A future in mind – rising to the challenge of Alzheimer’s

“Within the next 10 years I think that we will have therapies that will substantially impact either our chance of getting Alzheimer’s, or the disease if it already exists in our brain.”

A bold statement given that Alzheimer’s disease was first recognised over 100 years ago and we still do not have effective ways to delay, prevent or slow this disease.

However, Rachelle Doody, Roche’s Global Head of Neurodegeneration, is uniquely positioned to make this prediction. Rachelle recently joined the company to ‘move on her mission’ after spending 25 years directing an Alzheimer’s disease centre in a medical school. Her background is in neurology and cognitive anthropology, but her training has been applied to understanding and treating Alzheimer’s disease. She is regarded as a global authority on clinical trials for Alzheimer’s disease and has published more than 200 original articles on the diagnosis, progression or treatment of Alzheimer's disease and related disorders. “My career has taught me that we have to think about neurodegenerative disorders from the molecule, to the cell, to society, in order to do something about them.”

Alzheimer’s disease is the most common cause of dementia and currently affects 1 in 10 people over the age of 65 in the Western world. With an ageing population, it will lead to a worldwide public health crisis if it continues unchecked. A worldwide quest is under way to find new treatments to tackle the challenge of Alzheimer's disease. Because new drugs take years to develop from concept to market—and because drugs that seem promising in early-stage studies may not work as hoped in large-scale trials—it is critical that research into Alzheimer's disease continues to accelerate.

Over the last 30 years, researchers have made remarkable progress in understanding healthy brain function and what goes wrong in Alzheimer's disease. As Rachelle points out, “Alzheimer’s is a challenging disease because it takes many years to develop. People have the changes in their brain of Alzheimer’s maybe 25 years before their first symptom.” 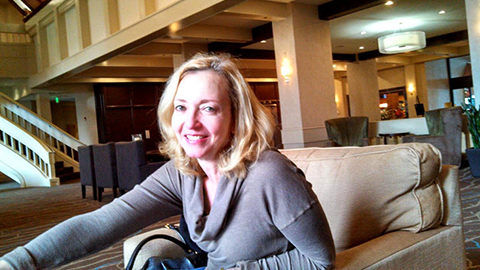 Looking to the future

Our clinical development programmes are at the very heart of our work in Alzheimer’s disease. Developing and testing medicines to ensure they are safe for patients can take many years and cost many millions. Many of the new drugs in development aim to modify the disease process itself, by hindering one or more of the many wide-ranging brain changes that Alzheimer's causes. These changes offer potential "targets" for new drugs to potentially stop or slow the progress of the disease.

Research to date has shown researchers that, for treatment to be successful, the disease needs to be detected and diagnosed as early as possible. The earlier treatment starts, the more impact it will have on how the disease progresses. The complexity of the brain and the disease makes it difficult to know how well investigational medicines are working, and large-scale clinical trials are underway to test potential new treatments in as many people and different populations as possible.

The importance of clinical trials

Taking part in research gives people the opportunity to make a difference for the future. The contributions of participants can help to improve the understanding of dementia, develop new treatments, or improve the care available for people living with Alzheimer’s disease.

The last word goes to Jill Smith, a Development Lead in Alzheimer’s disease at Roche: “For anyone who has the disease, their only chance of having a treatment in the future is to join a clinical trial; the only chance they have to help their loved ones and future generations is to join a clinical trial. Only through their dedication, commitment and support of clinical trials will we continue to advance towards treatments that can stop, slow or prevent Alzheimer’s disease.”

Further information on Roche's clinical research can be found through independent registries such as ClinicalTrials.gov and EUdraCT.


Why we are committed to Alzheimer's disease
Innovation People Planet