Over the last five years, Telefónica has invested in its footprint more than €45 billion, or in other words 1 million euros per hour, enabling people to be part of the digital society. Telefónica wants to create and boost the expansion and improvement of connectivity so that people can choose, through the network, a world of infinite possibilities.

An excellent case study is Spain, which has been the fastest country to develop a fibre-to-the-home technology (FTTH) network in Europe, thanks to the right competitive and regulatory conditions. In a relatively short period, the country’s telecom operators have laid out fibre-optic cables reaching 31 million premises – more than France, Germany, the UK and Italy combined. In the OECD, only Korea and Japan have more.

By September 2017, Telefónica had passed 18.6 million premises with fibre in Spain, making it the biggest FTTH network in Europe.

Investing billions of euros in state-of the art fibre networks during the financial crisis was not an obvious choice for Telefónica or its peers but the Company decided to do it to provide enhanced services to its customers and enable them to be part of the digital society. 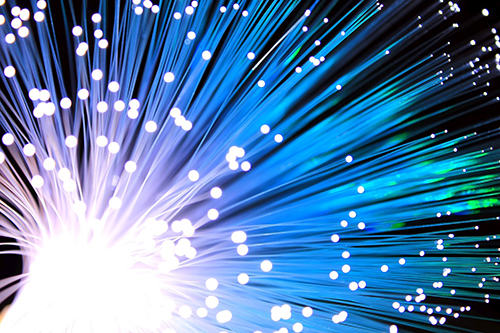 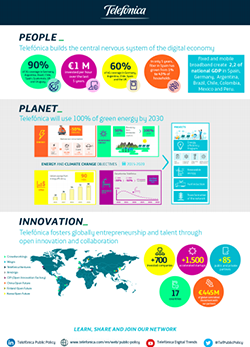